If you have never visited the newest bowling alley in the Chattanooga area, I highly recommend that you dont. You will be insulted at the door by two bouncers asking you to pay a five dollar entrance fee. If you ask why this necessary, they will tell you that 1) it is not technically a fee, because you get a ticket that can be used for a five dollar discount on any activity at Pin Strikes and 2) the policy is in place in order to "keep little kids from coming in and loitering". I personally did not look much like a loiterer (I was alone) much less a "little kid" (I am 23 years old). I asked if I could first go in and check whether my friends had already arrived. One of the two bouncers agreed to escort me to the lanes to look for my friends, but practically held my hand as he did so. My friends werent there so I bit the bullet and paid the five dollar fee. In return I was handed a ticket redeemable for a five dollar discount. In my opinion this is nothing less than a scam. They hope that you will pocket the ticket and then forget about it. Dont bother coming back the next day to redeem it, as the date is scribbled on the back of the ticket in Sharpie. Long story short, Pin Strikes scores five bucks for every honest person who forgets to redeem their ticket on the evening of their visit. Pretty sneaky if you ask me. Fortunately I remembered to redeem. The Cosmic Bowling experience was the worst I have ever had in my life. Ever ten minutes for about three hours, a gentlemen would scream into the loudspeaker the amount of time left until the raffle at the end of the night (my friends and I could not have cared less because we did not participate in the raffle. Im guessing is was also a scam). The music made my ears ring for 24 hours. Oh yes, and the beer was flat. Chattanooga has two other bowling alleys which are both fantastic. Take your pick.

Horrible customer service. My friend had her bday party there it was like 10 of us. One of our friends got there before us and she said she had to go back to her car and wait on us because the guy who worked there was being very rude. At first i thought he knew her how comfortably he was talking trash to us when we got there. It was him (hes a black guy) and a white pintrikes worker and a white cop selling us tickets and checking bags at the door. Soon as we get to the ticket booth the black guy says " see i told you it was a bunch of N words coming to the party". We all looked at each like is this guy serious? He carried on by saying " and how much you wanna bet their paying separately, if they was white they would have paid for all of their buddies" the cop and other guy just looked so embarrassed. So i said something back. I said are you serious? Im about to call the news on you" With all thats going on in 2015 with our black community you really gonna shame us in front of 2 white people (who i didnt have a problem with just him) but they could shoot you right now & probably wouldnt care about all that trash you talking right now. I felt my temper rising and i didnt want to ruin my friends party so i walked away saying "let me walk away from this ignorant N word" After that the cop had to apologize for him! He even said it was ignorant for him to say. The servers was nice but the bday girl ordered food and when she went to go rent bowling shoes the guy came and cleared our table and trashed her food before she even got to eat! They had to refund her money. None of my friends was gonna say anything but i refuse. For a place of business that was completely unacceptable. It was unprofessional, embarrassing and just flat out racist. I will not be coming back if that guy is still employed.

I had purchased a great deal for bowling, shoes, pizza and soda through Deal Chicken last June and had not used it. Time was running out, and got the family together and decided to go before it expired. When I arrived there was a little confusion on whether they were going to honor the deal. I was pretty firm about getting the deal I paid for. The GM there (Tim) at first wasnt going to give me the deal as purchased. But he did some research, made some calls and honored the agreement which is what I wanted. Now this could have got real ugly, real fast, but Tim made it right and ensured that our outing was a fun time. The Ops manager, the staff and the food service personnel all exceeded my standards and we had a great time. A night to remember Its all about making it right. Thats what happened and everybody was satisfied.

I have been to pin strikes a few times but never have I experience what I did on July 2, 2011 for my daughters 16 birthday. The customer service SUCK! Dave or David cant remember which one, but was told he is the general manager HA what a laugh. Between my guest and I we spent over 400$ in about 2 hours. I was missed informed about a birthday package by staff and spoke with the managers yes more then one and they insisted that it was explained and so on. I was told different things by two of the employees that admitted that they told me the information and Dave said NO THAT IS NOT IT but I was told different things got heated he got the cop involved. I will never step foot back into a pin strike ever!!! Not sure who owns the place but the need to reconsider who they have to manage the place!

I enjoyed my time bowling at this alley. But, please dont be fooled on Friday, when the alley advertises over the loud speaker, that they will be giving away "cold hard cash." I won the raffle and was told, along with others, that if I knock down a said amount of pins, I would win $125 cash. Well, I knocked down the pins and the owner gave me a gift card instead. After verbally advertising a $125 free cash giveaway (many times), I walked away with a $100 gift card. I dont appreciate that the manager wasnt a man of his word. If you are going to advertise free money, over the loudspeaker, in front of your already paying guests, I suggest you stand up to your words.

I just happen to go at what Googles said is its most popular time (Saturday afternoon). We only had to wait 5 minutes. The place is amazing. Its big, has an arcade, has party rooms, a mini-restaurant thing (I didnt check it out), and laser tag. The only con I found was not being able to slide while bowling, although I still managed to score over 100 both games. Also, their small pizzas are small. We got a small and it was 4 slices. If youre getting a small, get a medium. One more thing, the place is 100% black people and all the music seems to come from popular vines (which I favored). 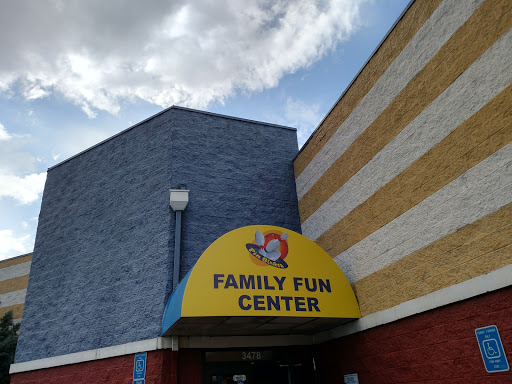 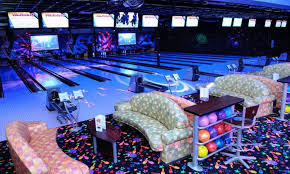 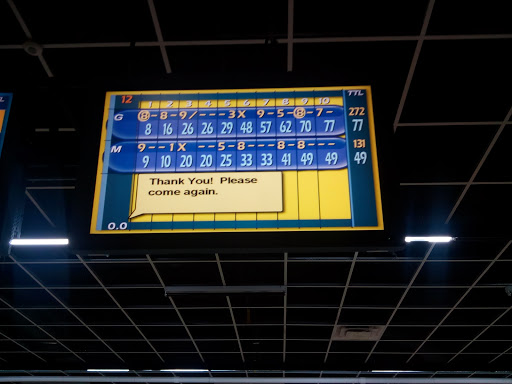 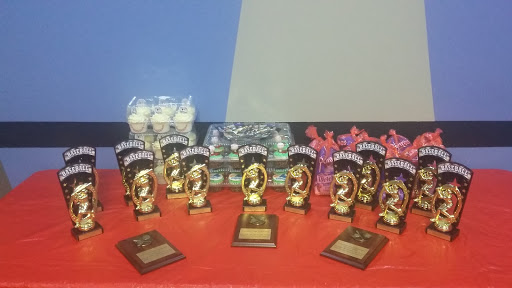 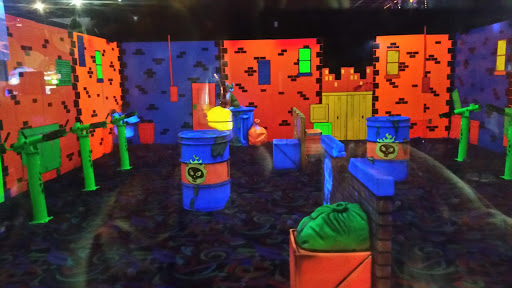 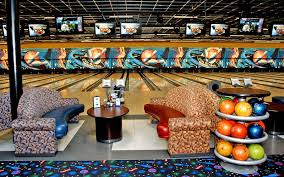 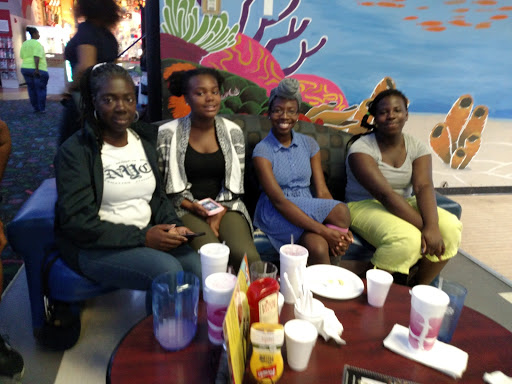 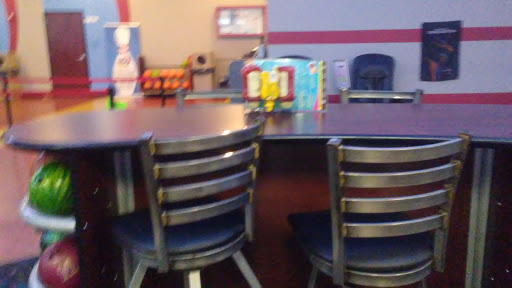 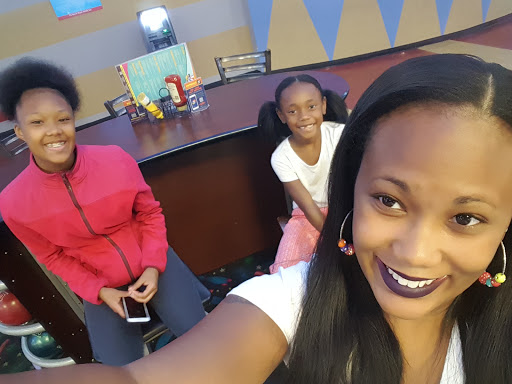 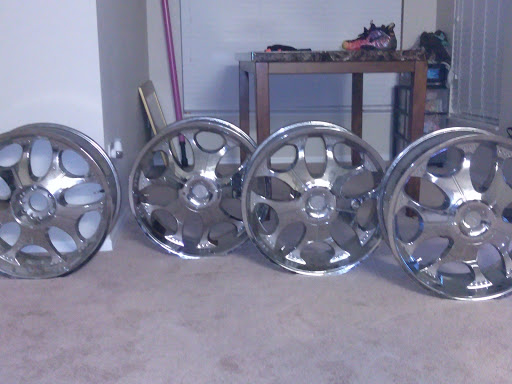