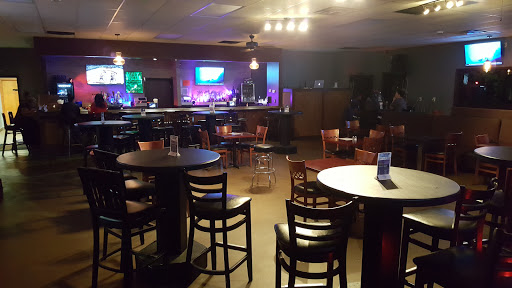 I will begin by saying “this was a needed entity” on the south-side of Atlanta. This is coming from one of thousands of individuals in my age bracket – 45 and up. This bracket, trust me and listen deeply, is yearning for “grown and sexy” clubbing that allows for men and women to be able to dance and listen to easy on the ears music. I’m speaking for the many in this bracket that despises the fact of venturing into these local clubs nowadays. However, they are frugal about writing, lazy or don’t feel it will make a difference. This is the deal, my first visit was two-weekends ago with two other friends. The band was awesome – I mean a real crowd pleaser. Once they began to pack up, the nightmare began. It was like entering into a surreal “nightmare”. Actually, the DJ literally cleared your place out with that “BS”. Sir, I know there are several genre of music but there is a time and place for all of it. We “the bracket” are just so sick and tired of running into incidents where the music is soothing as with the ambiance and then all the sudden “Godzilla” jumps out from the DJ booth. Yes, I’m speaking of the loud, detestable, nonsensical and most times insulting and upsetting “RAP”. Now granted some Hip Hop/Rap is easy listening but for the most part – my “GOD”. We are looking for places to spend our monies, dance with each other like intelligent human, conduct ourselves as if we have mothers and fathers and not hatched. The other night was almost a deal breaker for us. When the music transitioned from smooth to who knows what, the young women and men were acting as if they were possessed by wild dogs. PLEASE HELP! I heard people saying "I thought this was a classy place" and other not so nice comments. Hey, Im here to support my Black Businesses but you are asking for trouble with this BS! They have so many clubs around here that caters to that BS - can we have just one – that doesn’t? Maybe, this will start a new trend where men will go back to good old days and ask ladies to dance with respect and dignity. Where men acted like men and not MOIST as H^%$. I mean perform like gentleman and maybe this will force the ladies to act likes ladies and not animals in )(**&& dresses that is 15 sizes too little. If it’s about monies, in our “bracket” you have big spenders in all shapes, sizes, cultures, etc. We will dance and spend money all night but we have no place to do it. We are reaching out to you “brother” asking to help bring back class, gentlemen, ladies. Basically, a nice place to go where we are not sent into sudden shock once the Band leaves the premises. That DJ cleared that place as if Al-Qaeda had entered with a swarm of bees once he put on that Crazy *&^ music. Thank you so much! Peace and Love!

I went last night (Friday Night), my first time. This place is a nice grown folks spot on the Southside. Nicely decorated, drinks are pretty good (only had one) and the food, I dont know...read another review for that...lol...they have hookah and a nice screened in patio with a fire pit and some warmers, theres also a trailer with a Cigar Lounge outside, nice crowd of people (not too crowded), that are grown and sexy. The reason I gave this place 3stars and not 5...The DJ...he is my biggest complaint about this place. Total buzz kill! Because I love to dance. He played a mix of r&b, hiphop, old school r&b and hip hop...Lawd!..why was he playing old reggae songs that he knew from his younger days. We the crowd, knew some of them too but you got to go from the best old reggae to the popular new. Asked him to play something newer, of course he tried to act like he didnt see me. I said, "excuse me DJ". No reply, dead stare then he said, "most of these people in here dont know reggae music like that". He just looked at me like, "whatever!"...I smiled and said, "introduce them to some new music", he said "I dont have anything new that they would know"...WOW! Never have I ever heard of such nonsense, he cant mix music at all at times changing the song mid way with no transition our intro to the next song...he seems self absorbed and played songs according to his mood...I felt bipolar on the dance floor, going from upbeat music, to slow old school, slow love songs...and BAM!, let me hit them with some old school twerk music...then slow music to NY hip hop...I had a good time with the crowd and at the same time, I was so annoyed. I watched at least two more people try to talk to him about the music...yall should have seen his face...Im still laughing. A few guys at the bar said they couldnt get up and dance because of course, "The DJ"...so I wasnt the only one. Maybe next time Ill have 2 to 3 drinks, then the DJ might not seem so bad. Keeping my fingers crossed and hoping that there will be another DJ...of course Im going again, its close I dont have to go to Old National, College Park or Downtown, Atlanta.

My boyfriend and I were going to Savoy for a nice romantic Sunday breakfast. We wanted to check this spot out because its black owned and it looked extremely nice and chill. Also because the reviews were great. We get there, and we get seated. Our waitress was very nice. We began to order and she takes our order. I ordered the salmon, and my boyfriend orders the catfish. Our server comes back to tell me that the side dishes that came with my dish was not available. So I was perfectly fine with that. Then, my server proceeds to ask if I wanted to sub it out for something and I told her sure. So I picked an item, but guest what... they no longer carried that side dish because they were "revamping" the menu. So I told her just to give me a 2nd heaping of the side dish that was already on my plate. So our food came and it looked AMAZING...except for the fact that when my boyfriend tasted his food, he said it did not taste like catfish and he had to load it with hot sauce, AND his grits were like still stuck together and still gritty. And my salmon looked excellent except that it was EXTREMELY smaller than the picture and I had to load mine with tatar sauce, and I dont even like tartar sauce, and was cold So our waitress asked if we wanted to order dessert, and I sure did...at first. I wanted to try the key lime pie, I believe, and low and behold, they did not sell that item anymore. So needless to say, we tipped the waitress, paid the bill and we left. But what puts the cherry on top, my boyfriend began to feel a sick a few hours later. Then right after him, I did as well, and lets just say when we went to our hotel, we did more sleepin then freakin!

3 stars be be a little harsh, but this place has a lot of potential. My wife and I went and saw the cover band "Point Blank" last night and got to the Savoy about 7:45pm, when it wasnt too crowded. We waited about 15-20 minutes for a waitress to take our order and watched the waitresses discussing whos table it was. When we were finally greeted the waited was nice and took our order (the menu is limited so it doesnt take long to see what they have, its more of a late night menu). We got our food about 15-20min later and the food was luke warm, primarily because the waitresses were unorganized, all over the place and didnt seem to have a section of tables. We ordered finger foods and didnt have any napkins at the table which took more time for the waitress to get. The band came on at 9pm, though the website says 8pm. The 4 piece band is pretty good and with no cover charge is a steal to see. The decor is swank and the vibe is chill, which is great for the grown and sexy crowd. If the owner is able to get his employees organized and he isnt running around like a chicken with his head cut off and bringing the food to the table, the sky is the limit for this place. Also, if you get there after its busy there is no greeter at the door so you will have to fend for yourself. 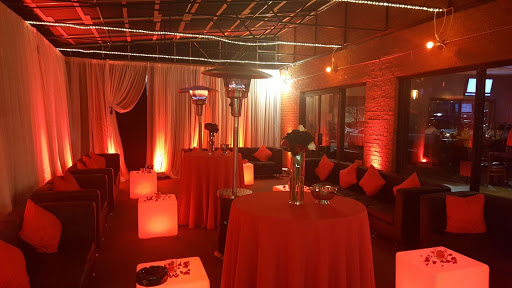 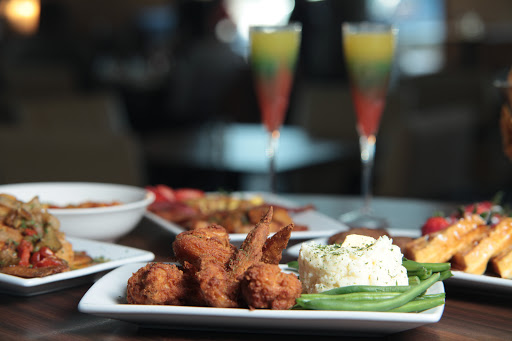 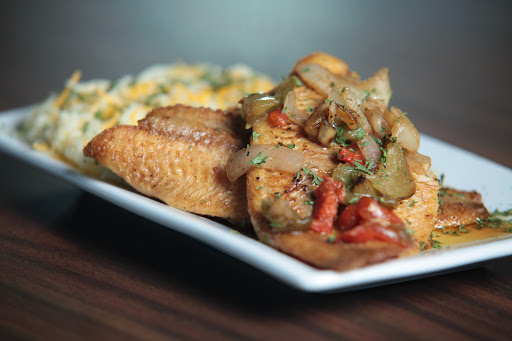 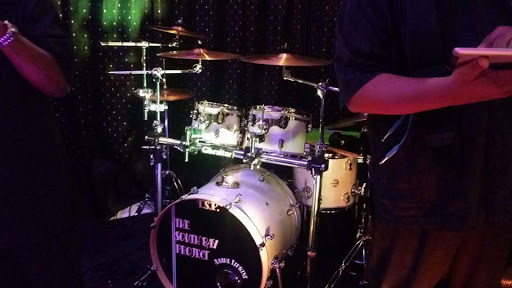 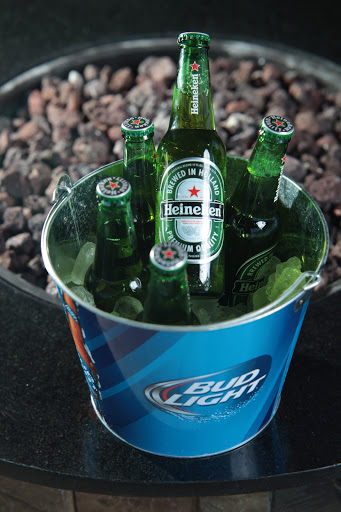 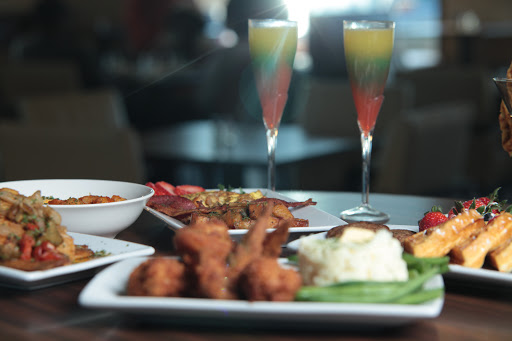 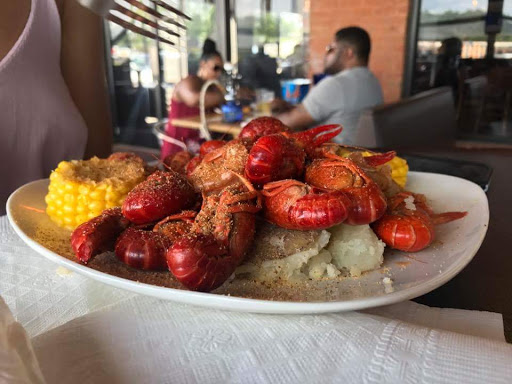 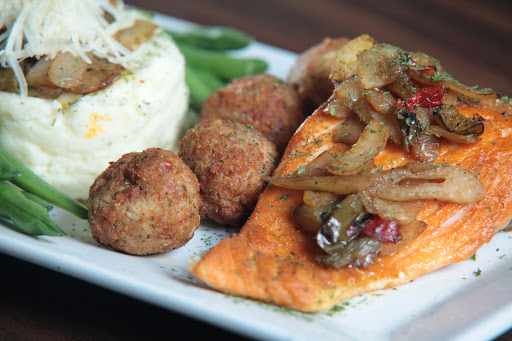 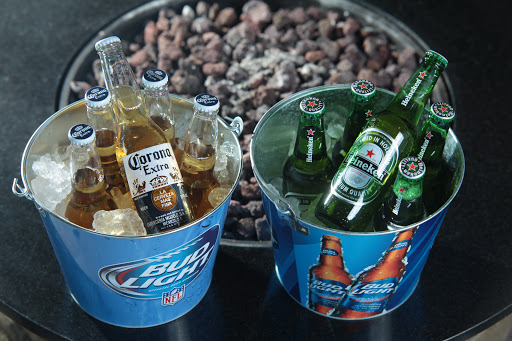 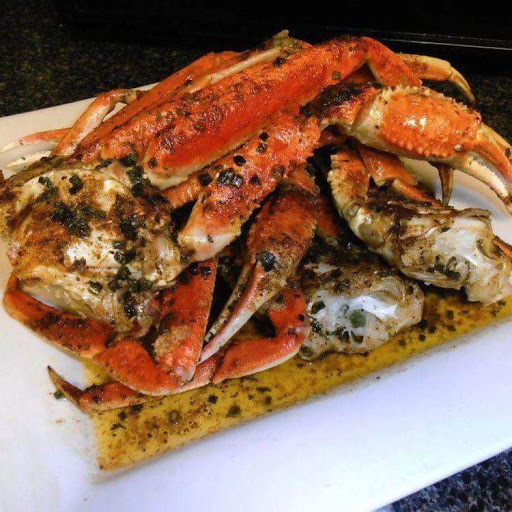 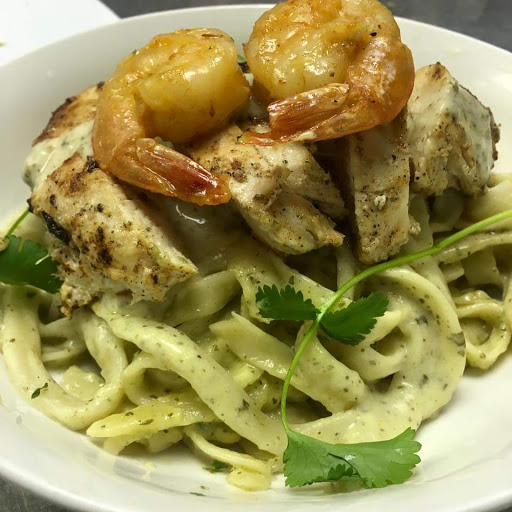 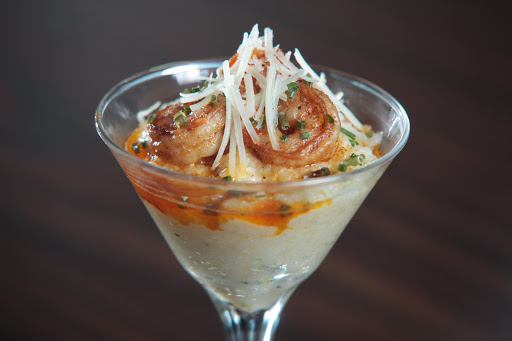 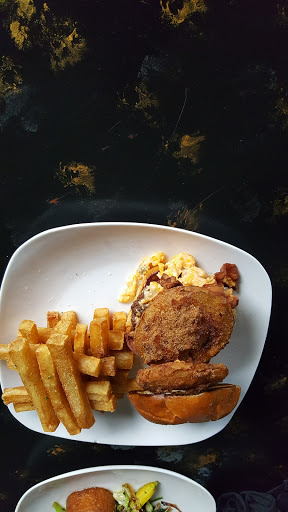 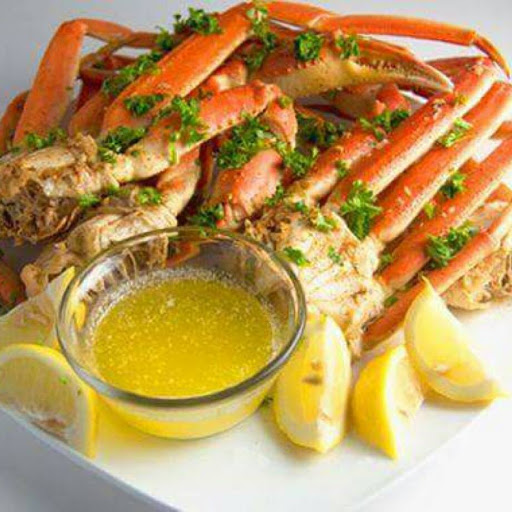 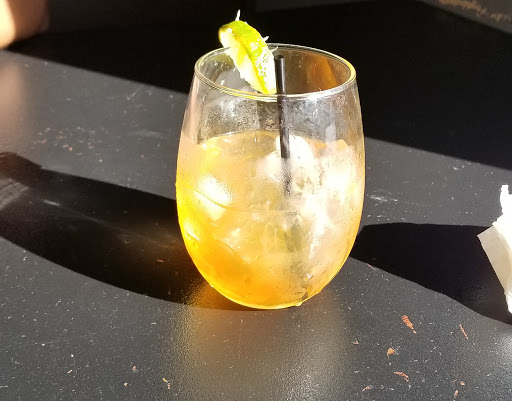 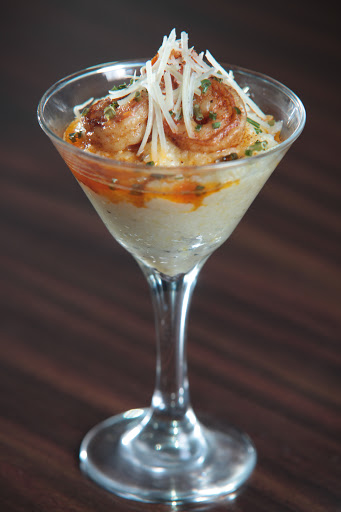 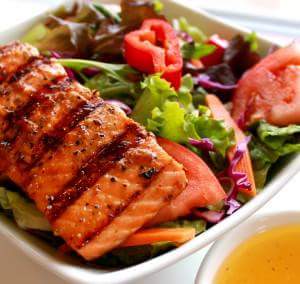