My boyfriends mom and I were here and meeting up with my boyfriend. We had fun a few days ago when all three of us used tickets from the buy one get one free special. We paid them for two wristbands so we could get two more, but instead of giving us what we paid for, they told us they couldnt give us the wristbands until we needed them (meaning until my boyfriend got there, and when we were ready to use up another wristband). So instead of paying for four wristbands and getting four wristbands, we paid for four wristbands and got two. We also paid with a card, so the refund is going to take a day to come through. There goes todays fun. When the refund comes through were going to Ebys Family Fun. Were also not coming back until the policy is revoked.

The manager and cashier are scammers and thieves. This was my first time there and she let me pay $44 for just 1 hr of bowling and shoes when they had a deal for $40 which included 2 hrs of bowling, 1pizza, a pitcher of pop and shoes. I realized this AFTER we played. When I mentioned this to the manager all he said was yes she should had promoted that. Didnt even try to at least give us an extra hour of bowling. Theyll never get my business again. This showed me they only care about the money and not providing the customer with an experience. They only get 2 stars because of the fun features on the screen while bowling.

My wife and I went here before a lunch date on a weekday. It wasnt very crowded, but that was probably due to the time of day. We were able to bowl two games with shoe rental for both of us for under ten dollars. The staff was very friendly and helpful. There seems to be a lot of activities here including a mini bowling game and go carts. There is a small arcade so we played a few games. We were a little short on tickets for the thing we wanted to get our son, but they let is get it anyway. It was a clean place. We definitely will be back.

Was excited to take my kids there. Went mini golfing with my little kids, and there was an out of control 12 year old party that started golfing after us. Golf balls flying all over that room, and the staff eventually just left out of frustration. Confrontation with parents over scolding their kids. Staff nowhere to help. We left frustrated and angry, but we were given our money back without a problem. There were a lot of cool things there to do, but beware of birthday parties and really busy Saturdays.

Terrible experience at the go cart track!!! Manager of track was not observing action on the track and some peoples were bumping into other cars and making a bad experience for others. I had my young granddaughter with me in a tandem car and we were hit many times. These people should have been warned! The cars are designed to be raced not used as bumper cars. I will never return and Ill never recommend this place to anyone - just the opposite!!! What a poorly managed placed.

Disappointed with the ride attendants. Stood in front of the bounce houses where the sign clearly states "please wait for attendant to check you in." We waited...and waited..and continued to wait. After being ignored I finally asked the attendant if there was a time limit and if my child would be able to go in soon. She replied oh he could have gone in at anytime... seriously? Why do you have the sign then?

Usually I dont have bad experience​s anywhere. However the food was cold but I didnt really care the cook was probably new but when the manger is rude its completely different especially when dealing with money we couldnt get back when it wasnt our fault. Went there in 2015 it was a great time but in 2017 my experience was horrible and wouldnt recommend.oh and the regular staff were nice and respectful

13 dollars for two people, including shoe/ball rental. We showed up at 9pm, got a lane right away, and half-way through, the lights went out and black lights came on....with pumping music and strobe lights, it was a party! A lot of fun, only negative was cigarette smoke wafting out from the bar. Cant win them all! Clean facility, family atmosphere, up-to-date, and great lanes.

We have planned several events for my sons school here as well as his birthday party. The prices are reasonable & the kids always have a blast! I do agree somewhat with one of the negative reviews about slow service. We waited a long time for food during our last visit. Overall though, weve been very pleased.

We have planned several events for my sons school here as well as his birthday party. The prices are reasonable & the kids always have a blast! I do agree somewhat with one of the negative reviews about slow service. We waited a long time for food during our last visit. Overall though, weve been very pleased.

Worst time of our lives. Over priced. Extremely over priced. When ask if there was any specials was told no. (When there was a special fir Paid 47$ to bowl 1 game. They put a time limit and will end in the middle of a game. Seriously worst most expensive place ever for children entertainment.

Overpriced is an understatement. I called at 8:03 and they said they have a "bowl your brains out" special for $5 per person (w/ $3.50 for shoes) all night long, but when we got there 15 minutes later, they were trying to charge $15 per hour (no shoes included). Not worth it.

This place is so dirty. There is a bunch of kids unsupervised. The place is always a mess and when you can get a lane it takes forever to get help for setting up. I will never go here again. The workers are rude and their food taste horrible. Would not recommend anyone here.

We had a birthday party there. They we great. Helpful and made my daughters party great. I was very pleased with the service. Food was kind of gross and expensive for being so "cheap." But again, I was very happy with their level of customer service.

My children loved it. For the summer, you should consider enrolling in the kids bowl for free program. It does not cost anything to join. Your kids can bowl two free games a day. The only thing you have to pay for is shoe rental. I have no complaints.

This is a great place for entertainment. There is mini golf, bowling and Go Karts. I was just disappointed that I had to pay 45 dollars for one hour of bowling and shoe rental for my family of five. We didnt even get to complete one game.

I really dislike the new card system for the games. What a rip-off. Was only able to play about 4 games for $5 and had some credits left on the card, but couldnt use them because no game would accept the remaining credits. Waste of money.

There is something for everyone! Go carts for youngsters and adults, small children .. bumper cars, there to play mini golf, bowling, there to buy food and other games and amenidades.

Bowling alley portion is a bit small so plan on waiting for a lane if you go during busy times. Other than that, awesome place. Staff doesnt really care what you do though but theyre all teenagers so... 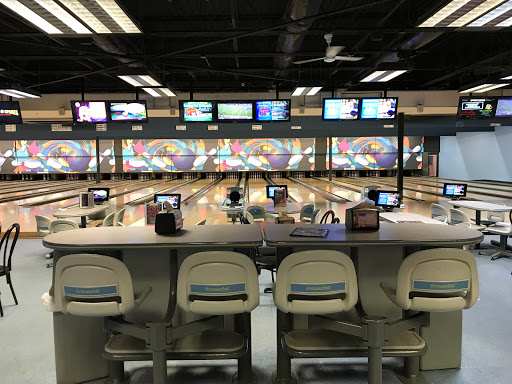 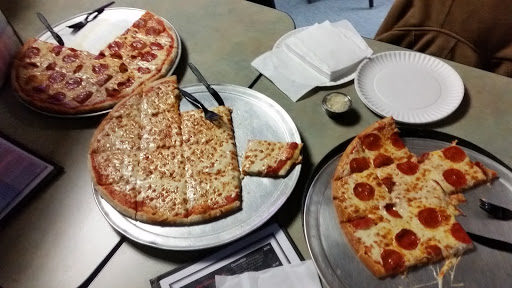 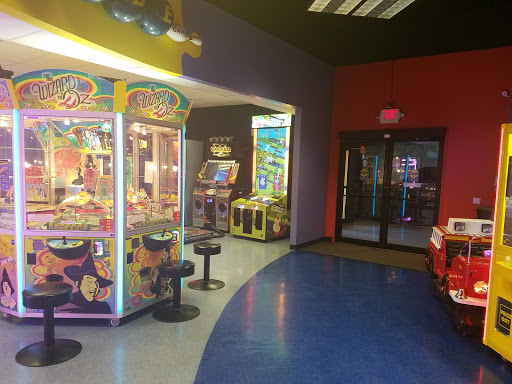 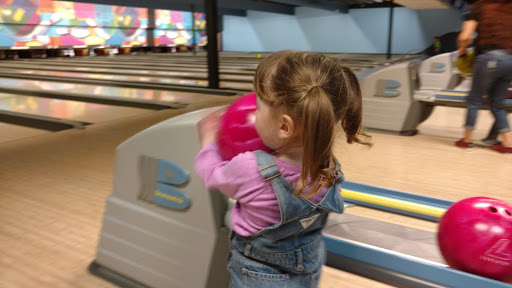 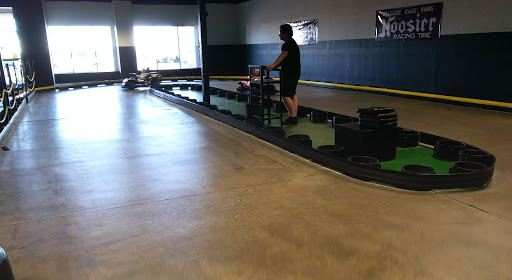 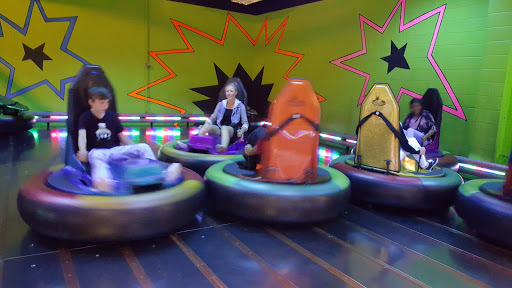 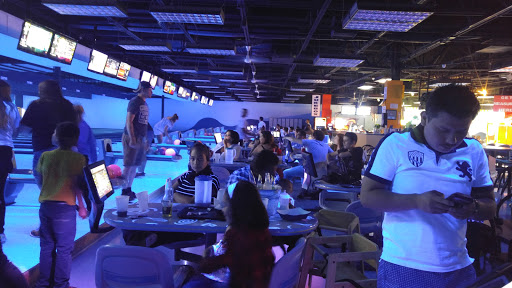 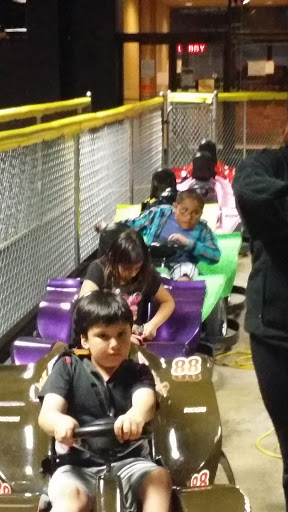 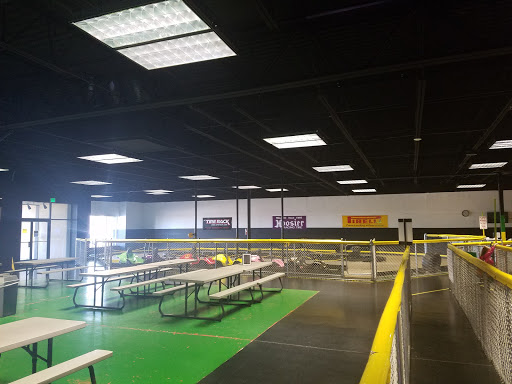 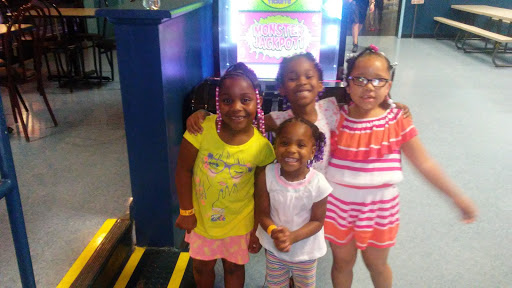 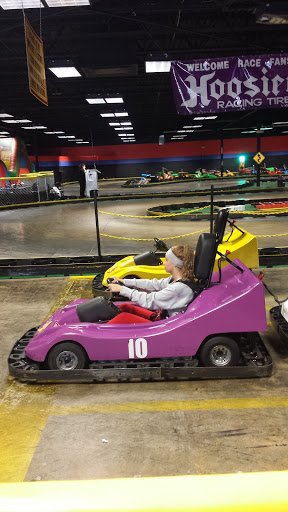 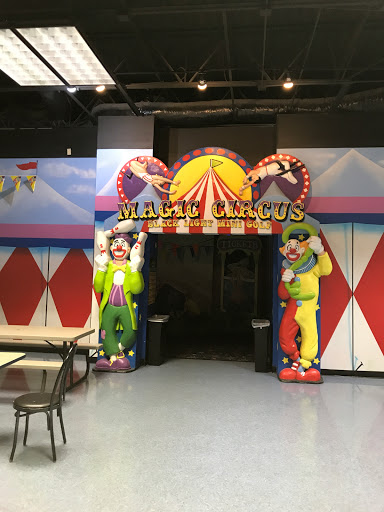 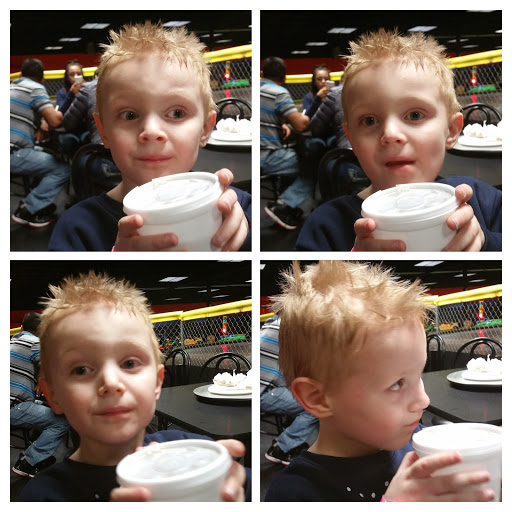 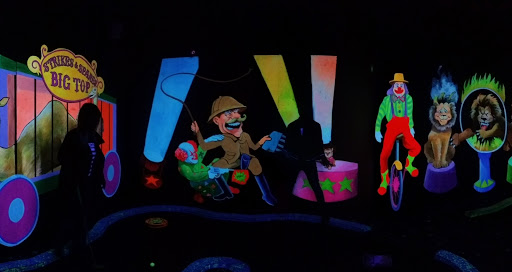 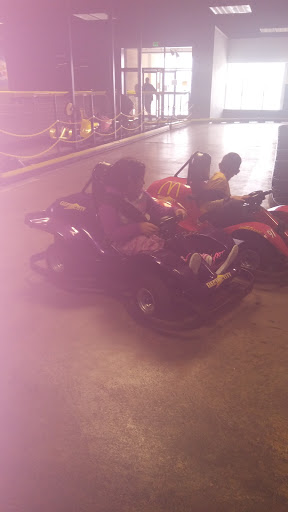